Ask Me – Epigenetics and Ancestors 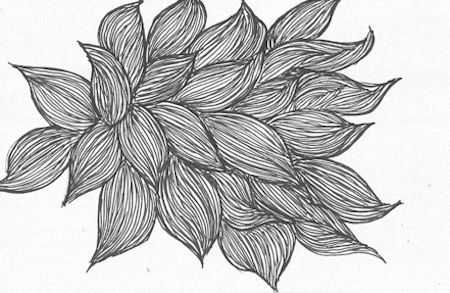 I was recently on Katherine Bell’s radio show called The Dream Journal talking about the importance of story, myth and fairytales. A woman called in with a question at the end of the show that we only were able to discuss for a few moments, but one that I have been thinking about for many years.

I told a story about one of my own dreams which echoed a fairytale. A fairytale that I had, at the time of the dream, never heard or read. I only found it after the dream.

The caller, then, asked if we have memory passed down around trauma, are other things passed down as well? Other not-obvious things.

It is a great question.

When I traveled to Italy for the first time in my early 30s, I did not know what to expect. My grandfather had been born in southern Italy and immigrated to the U.S. when he was 9. He never spoke of it, he never spoke of his childhood at all. I was excited and nervous, traveling alone. Unprepared, as well.

Not just for the how of traveling in the country as a young American woman who knew nothing of the language. But for what happened when I stepped off the plane and entered the airport. It was night, it was Milan, it was very uncrowded. I had planned on getting off the plane, taking a bus to the train station then heading to another city. I had not planned on the feel of being in the uncrowded airport, with Italians walking around, with Italian on the loudspeakers.

I wept. At the airport.

I could not understand it, why I was crying. I was not an especially prolific crier [at that time] and here I was, my first hours in Italy with tears running down my ashen face.

I could not understand it until a few days later when I finally felt what was underneath it – which was I felt at home. Maybe it was the ancient nun who asked me for directions at another train station, maybe it was the museums where I was asked if I was a student and let in for free. I just felt home in a way I have never felt it.

My friend K. used to tell me how she felt home in a certain part of the country, the place where she was born and I could never understand it. I never felt home in my hometown, though I do love it and it feels familiar. It does not have the feel in my body when I walked Italian streets and shores.

When I went back the second time, many years later to present dreams at a conference there, I joked about the crying. I won’t cry this time, I told Bill, my partner. But when we drove through the long tunnel from Switzerland into northern Italy, it happened again. My body responding with joy and grief and home.

Do we carry memory of what our ancestors knew? Not just of trauma, as the study of epigenetics has been proving, but of everything?

Of story, of place, of sacredness, of what it means to be human.

Of bias, of power, of old ways that were not good ways.

Back to my dream which echoed a fairytale I had never read or heard. When I first did the research [google!] the fairytale I quickly found was a Grimm’s fairytale. But recently, I did more research into the story and found an Italian fairytale that was even more profoundly linked to my own experiences. It was amazing and shocking.

The story was in my body memory.

When I think of a baby gestating in the body of its mother, I think of how it creates itself from the dna/rna codes of both the mother and the father. I also think how the material that it uses to grow itself is from the mother and her body – her blood, her oxygen, her nutrients. And all of her stories twinned with all of the father’s stories. And all of their ancestors stories.

All in the make-up of the body of that child.

I dreamt a story in my dream that sings of an Italian fairytale I had never heard. I cried walking onto the land of my ancestors.

Epigenetically, I carry all of that in me. You do, too.

Our dreams take these “memories” which are not thought memories and bring them into our consciousness through dreaming. To bring them to our thoughts, our understanding of ourselves when it is tied to our past and our ancestral past.

Why? Well, let’s answer that in the next Ask Me – and I will tell the dream and the story as example.